Can you Really Outsource Your Leadership? Why Sponsorship Matters.

Believe it or not, some leaders still try to outsource rather than sponsor the important work of team development. Experience shows that the one-day-wonder-workshop is a myth, however attractive it may sound.

Through my work as a consultant, coach and facilitator for large organisations, I’ve been fortunate to work with supportive, committed, engaged leaders who are willing to actively sponsor the work. This is the ultimate key to overcoming the stalemate of fear and frustration that needs to be healed, in order for a dysfunctional team to become a thriving one.  The cost of trying to outsource your leadership responsibility to a ‘quick fix’ solution will be far greater than the investment you make in coming along for the journey.

What is the real cost of leaders not engaging?

The real cost is proportional to the size and influence of the shadow system that gets created as your team tries to make meaning of things in your absence.

The ‘shadow’ system contains a number of sub-groups within which people feel more comfortable than they do in the wider system. This where the gossip happens, fear-mongering fuels the rumor mill and people may unite against the ‘common enemy’, which makes them feel safer. The ‘enemy’ may be ‘management’, the group scapegoat, the other department, another organisation that is taking over, etc.

It’s all about trust, or the lack of it, particularly in today’s climate where change is said to be the norm. Lack of trust fuels the shadow system.

When change is afoot, stakes are high, and you don’t explain what’s happening, your people will try to figure it out for themselves. Speculation becomes subjective reality, and galvanised into ‘issues’. The time and effort required to address these issues may be more than you could have imagined. Ask yourself: Who really wants this change? What am I willing to invest of myself, in order to have this?

People will always try to figure out:

No matter what you tell them, or how impressive your Powerpoints are.

Team members often complain about things they don’t like, and complaints that don’t get translated into effective requests, action or at least into clear conversations, tend to go underground and fester.

Over time, the scapegoats, bullies, victims and rescuer roles that live in people’s archetypal repertoire take up their positions in the team, and create the narrative. Newcomers who have just completed their induction are evaluated for their suitability to enter this narrative.

Did someone mention Performance Management?

That essential function has often been automated to the point where leaders can avoid having real conversations about the thorny issues. Even with the face to face meetings occurring once or twice a year – how is timely, honest, relevant feedback given? These systems have abandoned the soft skills component of their culture and allowed the old box-ticking exercise to become automated.

When the shadow system continues to run unchecked, productivity, morale and governance suffer, along with reputation, service to customers and a host of other ensuing risks.

Call in the Consultants, you say!

This is often the point where I am called in. The shadow system is in full swing, morale has hit rock bottom, people are on stress leave and there are a number of bullying and harassment claims on the table. Together we discuss the issues and develop an approach, e.g. a workshop, along with other supporting processes. This is where the Sponsor engagement begins.

The Sponsor announces the project, sometimes we conduct a Q & A beforehand. Tools may be used to facilitate insight and conversation. We are beginning to create a safe container for the work.

When we meet with the team, the Sponsor opens the session, reinforcing why we are here and stays for the entire session. There may be individual coaching, team evaluation processes, team development, opinion surveys – a host of possible interventions. Our 7-Step process for organisational change explains this in more detail.

As the participants warm up to the work, judgments are temporarily suspended. Discovery and perspective-change may occur and people begin to open up a little. There is more reflection, better listening, genuine curiosity and quite often a heartfelt, occasional apology. We work hard. I work dynamically to hold a safe space for people to come out, explore, make requests and show themselves a little more. The participants work hard to overcome the fear of being seen and vulnerable. The real issues begin to surface and get discussed. We work with the tension. Then suddenly the energy shifts, it is palpable. The urge to connect surpasses the need to protect. The energy becomes stronger, louder, more playful. They enjoy being seen, having a voice and being heard.

The urge to connect surpasses the need to protect.

People decide: THIS is how we want it to be!

Teams in a process like this can behave like elastic. Yes, they have stretched and expanded and tried occupying a new space – for a few hours, or a couple of days. But without a steady presence of the expanding force, the elastic will return to its original shape.

A disturbance has occurred. The status quo has been challenged, and the fearful parts within some members’ minds, don’t like it. Even though in their hearts they did really want that new Team Charter, its not clear to them yet, how giving up the old way and embracing the new, is really going to deliver the feeling of safety, belonging and power. they are used to. Even if the old shadow system was the only place they could experience it. This is a brave new world.

This is the time where Sponsor engagement is critical to success

Early adopters are maintaining the new language learned and attempting to uphold the new agreements they have made. Others are slower to integrate and come to terms with the change in group culture. Reactivity, triggered by fear and doubt will naturally occur.

It is vital that Sponsors stay engaged. We co-create a follow up action plan, we agree what touch-points are needed and participants know what they have recourse if anything upsets them or they are unsure how to maintain the new culture they have agreed to.

An engaged Sponsor understands this – they were there when it happened and saw the evolution amidst all those acts of courage, grace and humility that it took to get there.

A few more weeks of close follow-up and feedback, followed by a mid-term and longer–term plan for occasional support, helps embed the new team dynamic by keeping it alive, giving it a voice. Ongoing conversations re-create the impact of the work, new habits are strengthened, and people begin to trust the new narrative.

Without this commitment to Sponsorship, the work you have invested in as far as the team is concerned, becomes simply a moment in time, another idea that didn’t work.

The program may have impacted individuals in their own way and have lasting results for them. However the team will not shift and the new narrative will not be developed and embedded unless you stay the course.

As always, the behaviour of your team is a mirror of your leadership!

Ask about  our 7-Step Approach to Organisational Development, Thriving Through Change team development programs and our Leadership Development Coaching. 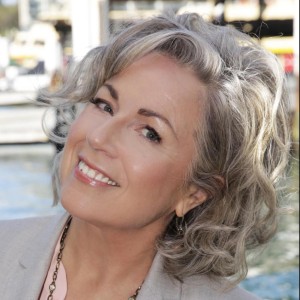 Working with leaders on a mission. Sue is masterful at creating a safe space for people to see themselves clearly and determine how to embody their true potential. Working with power, grace, humour and love, Sue helps clients to own what they are creating and take inspired action – to achieve significant personal and financial results.

Stay in the Loop

Claim your monthly update and Lighten Up issue

Ready for a Reset? Read this First.

The magic reset button is a misleading metaphor. While magical thinking can be inspiring it is not a reliable way to bridge the gap between our desires and what actually is. There is another way…..

The Process of Re-Emergence

We’ve experienced something profoundly life-altering & we HAD to change, but it’s up to us to CHOOSE how we grow, rebuild & renew

How many times have you set goals and developed plans, only to find that things falter, fall over or fall …

High impact conversations that transform people and companies. Sue loves working with leaders on a mission, to untap their full potential. Her specialties include entrepreneurship, leadership, integration, transformation, and growth.